New Episodes of Arrest All Mimics! 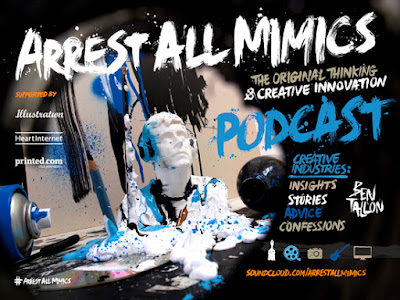 Listen to a brand new episode of Arrest All Mimics by Ben Tallon! The most recent episode features acclaimed design studio La Boca, who were shortlisted for the World Illustration Awards in the Professional Advertising category.

They provide a fantastic showcase of why it’s important to lead from the front with the work you would like to do and why it often leads to the clients you would most like to work for. The show also covers a few unconventional methods of creating illustration and touch upon why cats in multi-coloured triangles are not cool. Give it a listen here now!

Also don't forget that the AOI features in the 44th episode of the podcast, released last month. If you know anyone who's unsure as to what the AOI does, feel free to link them this exclusive interview where we talk about all things illustration.

To find out more about Ben Tallon and how Arrest All Mimics came to be, read this exclusive interview we did with him on our blog!

Illustration by Ben Tallon
Posted by STEVE WILKIN at 16:27 No comments:

Dedicated to All Defenders of Human Freedoms: The Art of Paul Peter Piech runs from October 1 until February 12 2017

This Exhibition - "Dedicated to All Defenders of Human Freedoms: The Art of Paul Peter Piech" runs from October 1 until February 12 2017 at the Peoples History Museum in Manchester. 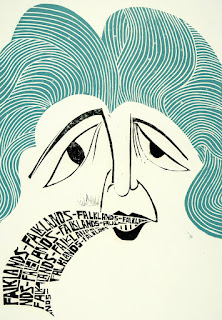 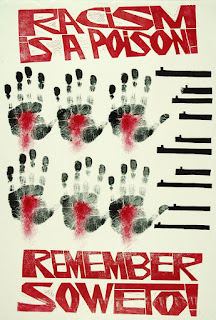 Posted by STEVE WILKIN at 11:29 No comments:

Michael Foreman has been creating well-loved children's books, as both illustrator and author, for over 50 years will be exhibiting at the Harris Museum from July.

Learn about Michael's experiences growing up in wartime Britain in his childhood memoir, War Boy, rediscover your favourite characters in Moose, The General, Dinosaurs and All that Rubbish, and imagine yourself in a world without conflict, where friendship is celebrated and the environment is cherished.

Michael's illustrations encourage us to reflect on how we care for each other and the world around us. Don't miss this unique chance to see Michael Foreman's work at the Harris and meet his engaging, colourful characters.
Posted by STEVE WILKIN at 17:57 No comments: 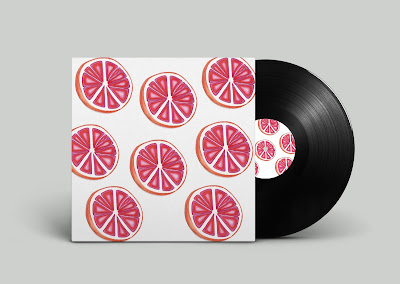 Well done Katie Lennon year 3 illustration for being selected for the fifth annual Secret Seven inch show for Amnesty International with this cover design for John Lennon's "Imagine" - the lyrics to which were inspired by Yoko Ono's "Grapefruit".


After months of secrecy and speculation Secret 7" - the annual exhibition and sale of 700 vinyl singles covers has revealed the identity of artists and designers behind each record cover.

Each of the works is based on one of seven songs: CHVRCHES's Clearest Blue, Etta James' At Last, Jack Garratt's Worry, The Jam's Art School, John Lennon's Imagine, Max Richter's Dream 3 and Tame Impala's The Less I Know The Better.

The Show ended on May 1st.
Posted by STEVE WILKIN at 15:35 No comments: 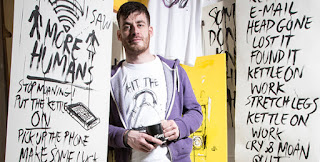 Congratulations to Ben Tallon 2006 graduate who has won Dot London Awards
Creative Agency of the Year.

Ben who has lectured a couple of times to students at UCLan decamped to Greenwich in London a couple of years ago since then his practice has grown and diversified.

"Multi-award-winning illustrator and art director Ben Tallon's work is 100% hand-crafted using a wide range of organic materials. Since making his name as an illustrator, he has expanded into multi-disciplinary channels, creating set design and art directing in film and television. He now also lectures and hosts workshops and has a podcast with Illustration Ltd." He has also written a book about his travails as a freelance illustrator.

Ben will be back in Preston talking to Year Two students  in February as part of the contextual studies programme.

You can see more of his work by following the link on the menu right.

Posted by STEVE WILKIN at 16:06 No comments:

The splendid Jonny Hannah will be exhibiting at YSP in November. "Main Street" will be at YSP from the 14 November until 28 February 2016. 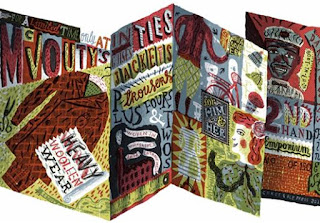 "Transforming YSP Centre, Jonny Hannah: Main Street features three pop-up shops made entirely from the artist’s 2D and 3D artworks, all of which are available to buy. Navigate Main Street using Hannah’s traditional hand-painted signs suspended above the YSP Centre concourse; natter with the owner of the Record Store; and nip to The Hand and Heart junk shop to pick up anything your heart desires!" 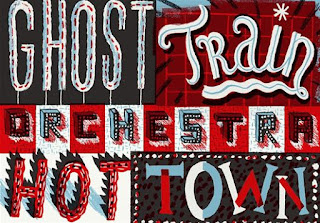 Posted by STEVE WILKIN at 22:29 No comments:

Another Illustration final year over - they have exhibited their work in Preston and visited London's New Blood Festival and are about graduate. Here is a small showcase of some of this year's final year show. We congratulate everyone graduating on Thursday 16th July and wish them all luck for the future! 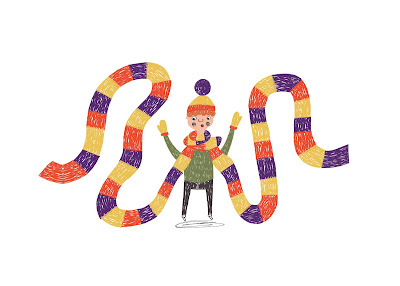 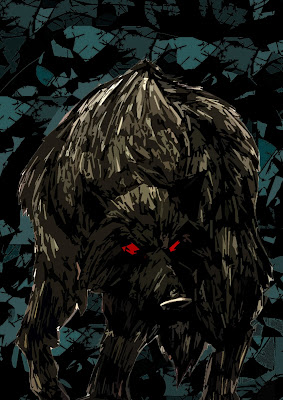 Posted by STEVE WILKIN at 11:40 No comments:

The prestonillustration blog is run by Steve Wilkin - senior lecturer in illustration on the Illustration courses in Preston. Any views expressed here are my own, or those of the contributors, and not the University of Central Lancashire.